The Grand Bazaar (Turkish: Kapalıçarşı, signifying ‘Covered Market’; likewise Büyük Çarşı, signifying ‘Grand Market’) in Istanbul is one of the biggest and most seasoned canvassed markets on the planet, with 61 covered roads and more than 4,000 shops on a complete space of 30,700 m2, attracting in the middle of 250,000 and 400,000 guests every day. In 2014, it was recorded No.1 among the world’s most-visited vacation destinations with 91,250,000 yearly guests. The Grand Bazaar in Istanbul is regularly viewed as one of the primary shopping centers on the planet.

Turkish Grand Bazaar… It is where the historical texture comes together with magnificent tastes and the smell of Turkish coffee… The Grand Bazaar is one of the oldest and largest covered bazaars in the world… Where the people living in Anatolia during the Seljuk and Ottoman periods wandered step by step… One of the bazaars in Istanbul, Grand Bazaar offers the best quality Turkish products such as handcrafted products, the finest silky shawls and scarves decorated with traditional patterns, antiques, leather products. It also has many stores in it where special carpets and rugs are sold. It is possible to find traditional Turkish clothing, also. And of course, Turkish delight, which has been sweetening our mouths for centuries can be found in this bazaar. If you want to drink coffee with Turkish delight, you may buy the greatest coffee in Istanbul from Kuru Kahveci Mehmet Efendi, a 150-year-old coffee seller.

There are 2 theses about the historical background of the Grand Bazaar in Istanbul. Some claim that it was built from scratch by Fatih Sultan Mehmet in 1461. On the other hand, some claim that it was built in the Byzantine period. Even if the first or second idea is right, the official establishment of the Grand Bazaar is considered to be in 1461. During the reign of Suleiman the Magnificent, the Grand Bazaar was expanded with the additions of new shops, mosques, madrasas, inns, and fountains, and became one of the most magnificent centers of the Ottoman Empire. In the following years, with the additions made by different sultans, the bazaar expanded as it had around 4,000 shops and  61 streets. As a result, it has evolved into a 31,000 m2 complex.

Once, the Grand Bazaar was made of wood but it has a risk for the people living in this period: the threat of fire. The first fire broke out in 1546. It had such a huge impact on the people that the fire was seen as a threat. However, it survived many fires over the years. People started to think that even with the threat of fire, The Grand Bazaar was reborn from its ashes again and again. It has been affected by devastating earthquakes, also. After the earthquake in 1766, II. During the Mustafa period, the bazaar was repaired and the Beyazıt and Nuruosmaniye gates, which bear the characteristics of the Tulip Era, were added. In 1894, it became unusable after a big earthquake again. In this period, the Grand Bazaar could not be used. As a result, trade stopped. After all of the devastating disasters, the bazaar, which was rebuilt with the financial assistance of Abdulhamid, took its present form. Because of the great efforts by Abdulhamid, you can see Abdülhamid’s signature at the gate of the Turkish Grand Bazaar at the main entrance of Beyazıt Square. And today, it is a cultural value that is visited by many people from Turkey and abroad.

Interior Design of the Grand Bazaar

The Grand Bazaar, which attracts attention in every period, has shops in many different areas such as valuable jewelry, weapons, antiques, and food and beverage. The names in the bazaar are sufficient to express what the place was used for before. The bazaar has 11 gates and entrances. We may list them as follows;

What Is In the Grand Bazaar?

In the Grand Bazaar, there are lots of things that a person needs and even it is also possible to come across various establishments in the bazaar where the product is offered for sale in 97 category areas. Health centers, police stations, branches of all banks, and post offices are among these institutions. Although the Turkish Grand Bazaar seems like a crowded and chaotic place, it is actually in a structure where complete order works. Because it was designed well and everyone has their own places to work.

If you visit the Grand Bazaar, you will be able to see the colorful images of the foreign exchange dealers, the workshop of jewelry,  small shops of artisans dealing with small handicrafts, people who make artistic decorations, a magnificent view of calligraphy artists, and antique shops. coppersmiths, the artisans, with their warm and pleasant conversations as well as their artistic works. If you want to buy something, there are lots of options that you must consider: yazzma (cotton and silk pashminas), ethnic Turkish rugs and carpets, local clothing, ceramic items, silver jewelry, handmade gifts, gold bracelets and necklaces, amulets, and leather goods. Also, if you want to buy and get the items cheaper, you can bargain without shame. Because bargaining is a tradition of the Grand Bazaar!

The Importance of the Grand Bazaar for Tourism

The Istanbul Grand Bazaar has a very important role both today and in the past. Because this bazaar has become a trade center for centuries and has been a place where life is alive. In addition, being one of the largest and oldest covered bazaars in the world, it is lively and crowded at all hours of the day. Shopkeepers persistently invite visitors to their store. The stores at the entrance of the Grand Bazaar offer almost all handmade and exported goods in Turkey for sale. Handmade carpets and jewelry are the best examples of traditional Turkish art. These are sold with certificates of quality and origin and guaranteed shipping all over the world. In addition to carpets and jewelry, famous Turkish works made of silver, copper, bronze souvenirs, decorative items, ceramics, onyx, and leather are offered to visitors of the Grand Bazaar. It is one of the most important historical buildings adorning Istanbul, and Western writers mostly mentioned the Grand Bazaar in their travel books and memoirs. For example, Evliya Çelebi, one of the writers who have a book of travels (Seyahatname in Turkish), expresses his feelings with these words:

“In İstanbul’s most select and crowded location, it is a market that constitutes the grand treasury of the House of Osman, virtually a fortress of guffaws.”

This sentence actually shows how the Grand Bazaar is so important for this period.

Fields of Activity in the Grand Bazaar

In the Grand Bazaar, it is also possible to witness the professions and their products, which were very common in the past but are about to disappear today. We may list these occupations as follows;

How to Get to the Grand Bazaar?

If you are not able to visit the Grand Bazaar, then you have an option, also. If you want to buy or get something from the bazaar, you may shop online. The bazaar has an online website and online shopping site from which you may buy daily fresh Turkish products, traditional Turkish goods, goods with handicrafts, traditional Turkish rugs and carpets, etc.

Working Days of the Grand Bazaar

Hosting many local and foreign tourists every year, the Grand Bazaar manages to maintain its importance with both its historical texture and artistic elements that shed light on the traces of the past. Apart from being a producer, it also manages to leave an impressive impression on the visitors with its friendly tradesmen and valuable handicraft activities. The Istanbul Grand Bazaar is open to visitors and shopping every day between 08.30 and 19.00 during the week and it is only closed on Sundays.

Are You Ready To Explore the Grand Bazaar?

How about meeting history in the fragrant atmosphere of the Grand Bazaar? It is very easy to get lost in its streets, to taste delicious Turkish delights, and to reach magnificent handcrafted products! You wouldn’t know Istanbul without seeing this building that we inherited from the past. Because this structure is one of the most important structures connecting the past to the present. How does it feel to walk through the same paths as people who lived in the past and passed those roads?

Here, we invite you to experience this feeling. And we also add the smell of Turkish coffee to this feeling! Are you ready for an adventure in the cradle of cultures, in the center of trades and Istanbul, in the light of meticulously crafted calabash lamps? Let’s embark on this adventure together! 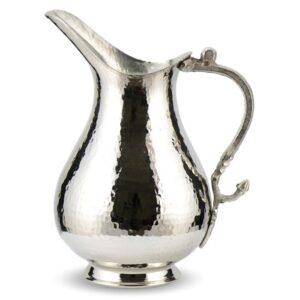 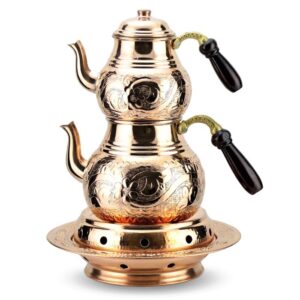 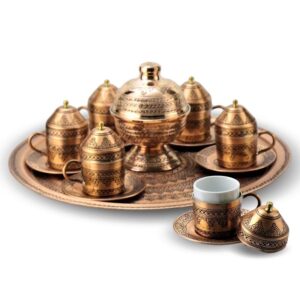 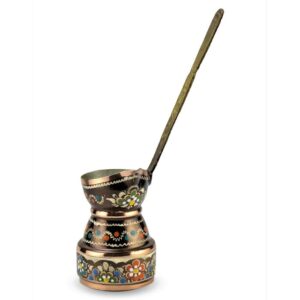 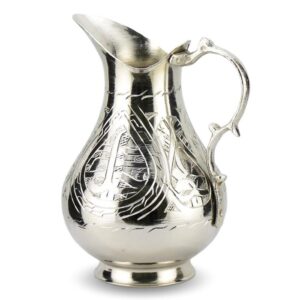 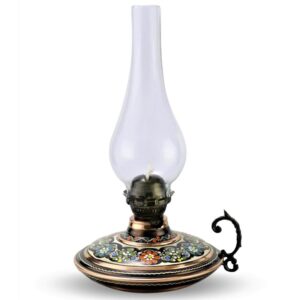 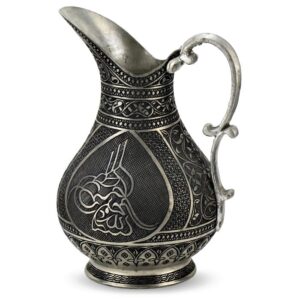 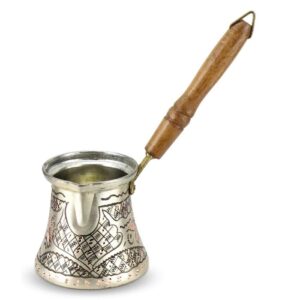 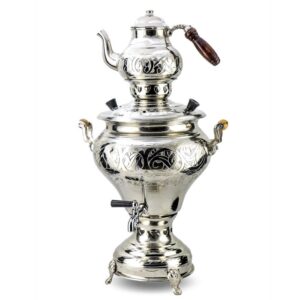 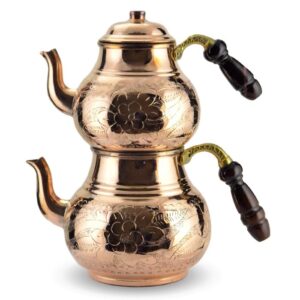 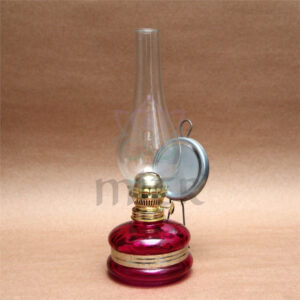 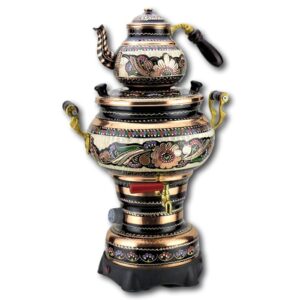