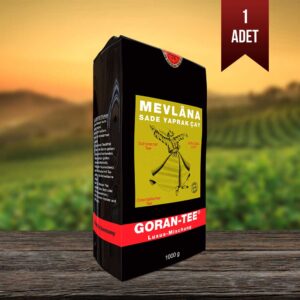 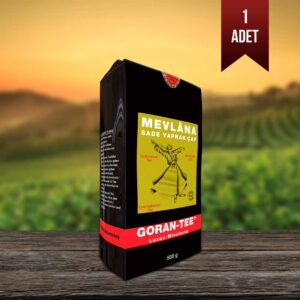 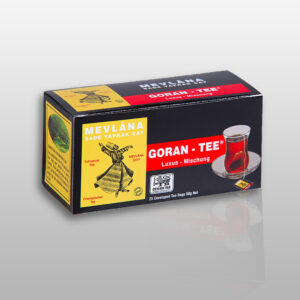 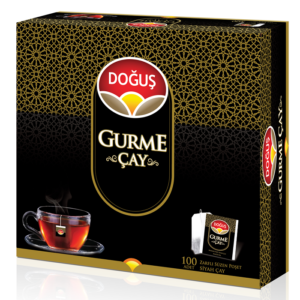 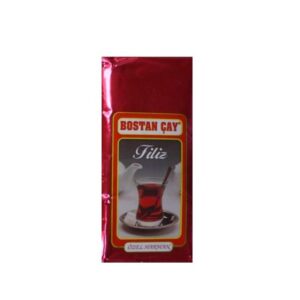 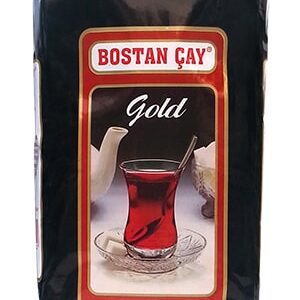 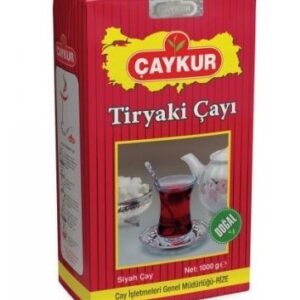 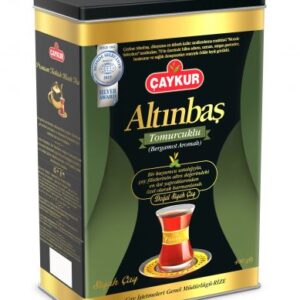 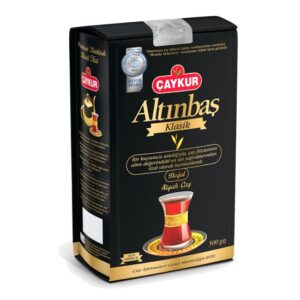 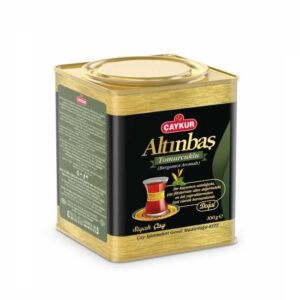 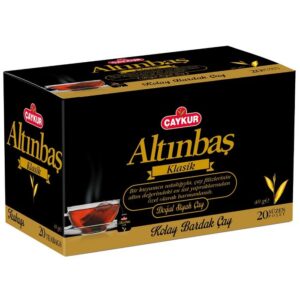 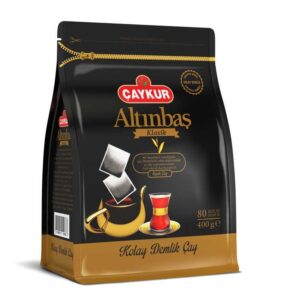 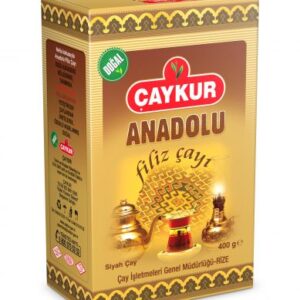 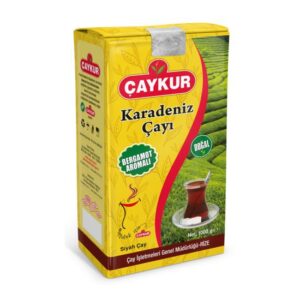 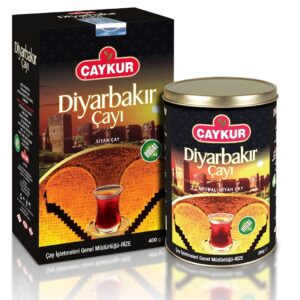 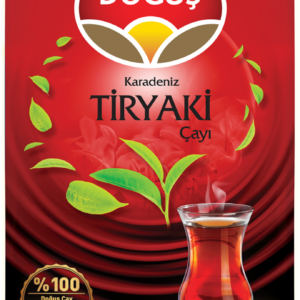 Benefits of Turkish Tea: Turkish Tea’s pH is about 5.5 and block lots of health problems such as Cancer and is possible to drink much daily without any risk. Turkish Tea Calorie value is zero and no risk for diabetes disease. Black Tea Taste and aroma are really perfect and drinking Turkish Tea makes you feel happy. Famous Turkish Black Tea Different Brands and Tea Industry: Çaykur, Doğuş, Ahmad Tea, Lipton, Doğadan, Ofçay, Beta Tea, Mahmood Tea and more are the best brands of Turkey. Best turkish tea brand is Caykur.

Turkish Tea…. An indispensable part of the hospitality culture in Anatolia, one of the most important elements of Turkish breakfast, the sultan of the menu in places such as coffee houses and cafeterias, the best friend of simit (Turkish bagel) and more. Black Turkish Tea, which can be drunk anytime in good or bad times, has been drunk for centuries and has never been given up. It has become a part of Turkish culture and still continues to preserve its value. Grown in Rize, which is located in North of Turkey, Turkish Black Tea or Karadeniz Region Tea (or Turkish tea) is a guest on the table all over Turkey and even the world!

What Is Special About Turkish Black Tea?

Turkish Tea is special and famous for its preparation. Because it is produced by a kind of black tea plant, which is carefully collected from its branch. Additionally, it grows on the Eastern Black Sea coast, in Turkey. This type of tea is also called Turkish tea among the people. The Turkish tea powder is brewed in a teapot or samovar. It is served in distinctive small glasses known as “Turkish Tea glasses with thin waist”.

Rather than its special and meticulous preparation process, it is a special element for Turkish culture, also. Because tea has an important role for breakfast in Turkey, hospitality and friendship. In a way, it means gathering with loved ones. Additionally, it is drunk in traditional Turkish coffee houses and simit (Turkish bagel) is consumed with Turkish Tea.

Discovered by the Chinese and used for medicinal purposes, tea began to spread to Portugal only in the 18th century. While they had been enjoying it, it was time for other countries to explore as well. The interest in tea, which spread to England and Ireland at the end of the 1700s, came to Anatolia in the late Ottoman period but it is said that the first encounter of the Turks with tea dates back to the 12th century in Central Asia. Tea entered the Ottoman Empire, but it was not met with such enthusiasm. Because it had a strong opponent like coffee. Around 1838, tea seedlings and seeds were brought from China or Japan and they were planted in Bursa. But this attempt failed because Bursa and its surroundings were not suitable for the production of the tea. But this failure didn’t intimidate the Ottomans. Small shops were selling tea and the love of tea was increasing day by day among the people. After the production of the tea in Bursa failed, Georgian lands were started to be used for tea. This is actually where the Black Sea people’s knowledge of tea comes from. Because Georgian lands and Black Sea region are located in close places and have a similar climate.

And the other event that makes tea popular is the First World War. Because the people ,who came out of the First World War, were tired and worn out. They do not know what to do when they are unemployed. Everywhere was complicated and there was no capital, no raw materials, there was no job for people to work. On the other hand, coffee became very expensive. Therefore, it was necessary to import coffee. However, coffee was very expensive and no one had money. Moreover, there were Black Sea residents among those who were engaged in activities such as growing and harvesting tea on the territory of Georgia. So they knew the business. War, lack of money, lack of raw materials and capital, lack of knowledge of the business, lack of coffee pushed people to grow tea and start tea business.

The Adventure of Black Herbal Tea in Anatolia

It is known that the history of tea, which has an important place in the culture of many countries today, dates back to the periods before Christ. So, tea has a history that spans centuries. Even if it was discovered by the Chinese, it has become common all over the world day by day. Let’s see how it has spread to Anatolia!

– It is said that the first tea seeds were brought from Batumi secretly by Zihni Derin[1] in a walking stick so that the crossing at the border would not be hindered.

– Two British experts who worked in India, who were brought to Rize at the same time, are cited as the reason for the slowdown of the tea growing attempt between 1924-1935. It is said that experts were sent back when they did not show sufficient success at that time.

– Tea machines ordered to England in 1940 were only able to reach Turkey in 1946 due to World War II. That’s why the first tea factory was opened in 1947.

– The love for tea increased so much that even if tea was produced, it was also imported because it was not enough until around 1963-1965. For the first time in these dates, production was able to meet the demand and imports were not made.

– Tea was started to be produced mostly in Rize, Turkey and Rize has become the leader of tea production in Turkey. Because the weather and the region were appropriate for organic tea production. Additionally, it has been claimed that the tea grown in the Eastern Black Sea Region is very lucky in terms of pesticides. It is said that pesticides are not used in the Eastern Black Sea Region, because when it snows on the teapots in winter, the snow kills all the microbes. As a result, living things such as bacteria and insects are not found in tea leaves.

Tea Harvest and The Journey of Tea from Leaf to Cup

If you want to get information about tea production and wonder how it is harvested, this part has been written and prepared for you!

The journey of tea starts in the tea fields. If the climate and weather are appropriate for tea production, then the tea plant starts to grow. Tea plants must be three years old before they are harvested. Tea in Turkey is mainly harvested by hand because it preserves the quality of the leaves. The machines were used for many years, but tea growers found that they were too harsh and destroyed the delicate tea leaves. Harvests typically occur twice a year. The first harvest is known as the ‘first color’ and is repeated every spring. The second harvest takes place in the summer and is called the ‘second color’. Plants are pruned continuously throughout the year, picking only the two best leaves and buds. This keeps plants in their early growth stages, encouraging new crops and maximizing harvest results. Tea harvesters collect the tea leaves and place them in large wicker baskets. When the baskets are full, they are transported to the tea processing plant in the tea plantation. Tea processing centers are located on the same land because the leaves begin to oxidize as soon as they are harvested.

Is the Turkish Tea Organic?

Turkish Tea is produced with black tea seeds to get the perfect taste while brewing tea. Tea Culture is more important in Turkey and drinks hot tea every time by Turkish people. Other herbal teas or beverage varieties such as green tea, apple tea, fruit tea, lemon tea, milk, or other things are not much popular than Türk Çayı. Harking back to the old days of face-to-face interaction, indulging in the daily ritual of tea drinking in Turkey. When you visit someone that’s not abnormal to hear ” Do you want to drink tea?” If you visited Turkey, you drank delicious tea that was boiling in the teapot. Drinking tea is the traditional way to get a perfect friendship between other people. If you have never drunk tea, when you visit Turkey, do not forget to drink tea.

Turkish Tea Near Me?

If you ask this question “Turkish Tea Near Me?” We can say “Yes!” You can find the best Turkish tea to buy on our website. We ship your order products with the DHL Express. If you can not use Tea Pot, you can use Turkish Tea Bags to brew tea in 2-3 mins.